Perfectly placed in the heart of the Mediterranean, Sicily has been luring travellers to its enchanting island with its seductive beauty, breath-taking views and exquisite cuisine, alongside a culture rich in history and art for centuries.

Sicily is a land of extremes and contrasts, a magnification of all things Italian. With a wealth of archaeological gems, historic cities, and charming medieval villages to explore. A colourful mosaic of tantalizing sceneries, a land of volcanoes, rolling valleys swathed in olive trees and vineyards, and miles of golden sandy beaches surrounded by exotic islands. 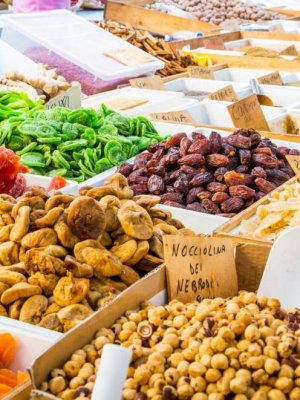 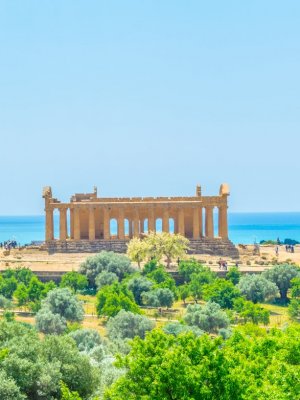 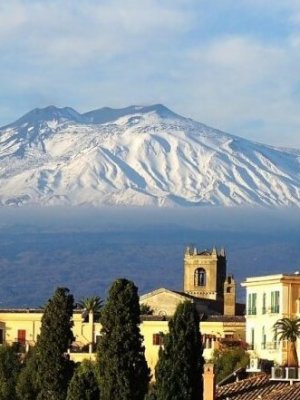 To read more about Sicily use the links below

You’ll want more than a few of days to take in this charming historic place, a melting pot of Mediterranean culture, a ruggedly beautiful island surrounded by sparkling seas.

Sicily might not be the first place in Italy that springs to mind when it comes to wine production, but ignore this island at your peril.

Sicily’s most famous wine, the fortified Marsala, is synonymous with the island, but there is so much more available to wine lovers here. Wines produced from the Nero d’Avola grape, for instance, whether standing alone or blended (as for the DOCG-designated Cerasuolo di Vittoria) are some of the best around and should certainly be sampled.

Away from the vineyards and Sicily offers visitors a grand mix of attractions. With the volcanoes of Etna, Stomboli and Vulcano and the Zingaro Nature Reserve to explore, fans of natural beauty will be spoilt. There are also numerous archaeological sites of interest, including the highly impressive Valley of the Temples (Valle dei TempliI), a UNESCO World Heritage Site.

Add in the distinctive and gastronomically diverse cuisine that has been influenced from some of the great cultures of Europe and beyond and any wine tour to Sicily will stay with you for ever.

Get in touch on 020 8877 4940 or at sales@smoothred.com to talk through your perfect Sicilian gourmet adventure. We have all sorts of ready-made wine tours and self-drive holidays to choose from. Or we’ll happily craft one for you from scratch. We can’t wait to hear from you.

As mentioned, volcanoes play a significant role in Sicilian life, and if you are feeling adventurous you could go on a trek on Mount Etna or experience the continuous volcanic activity at Stromboli. Those seeking a less strenuous activity could do worse than taking some time to relax on one of the island’s many fine beaches.

Sandy stretches don’t come much more beautiful than the golden crescent of Cefalù, complete with medieval cathedral and palm trees. Alternatively, the bright-white cliffs that back up the beach at Scala dei Turchi are certainly worth checking out.

There are also many charming towns and villages to explore, including a stroll around the beguiling baroque architecture of Noto in the south-east of the island, or a trip to the famous fish market in Catania.

Sicily might only have one designated Denominazione di Origine Controllata e Garantita (DOCG) wine, but it is a wine well worth quaffing. Cerasuolo di Vittoria, from the Vittoria region on the south coast of the island, is a dry red that is produced using a blend of the famed Nero d’Avola grape (between 50% and 70%) along with the lighter grape variety of Frappato. The resultant ruby-red tipple is rich in berry flavours and, depending on the blend, it can range from fresh to tannin-rich.

The island is also famed for its fortified wines, with Marsala being the star of the show. This DOC-designated wine can be dry or sweet and can be golden, amber or ruby in colour.

There are also a number of high-quality whites produced in Sicily, notably from the Catarratto grape variety, from which some full-bodied whites with lemon hints are produced.

Every good bottle of wine deserves great food to match and Sicily is blessed with gastronomic delights that have been inspired through the ages by French, Spanish, Greek and Arab dishes. In fact one of the earliest known cookbooks, written by Sicilian chef Mithaecus in the 5th century BC, gives an indication of how long this island has taken their food seriously.

Unsurprisingly, given the location, there is also a great deal of top quality seafood available, and couscous with fish stew, and pesce spada alla ghiotta (a swordfish treat with olives and tomatoes) are two of the must-try dishes, along with the wines of your choice of course! 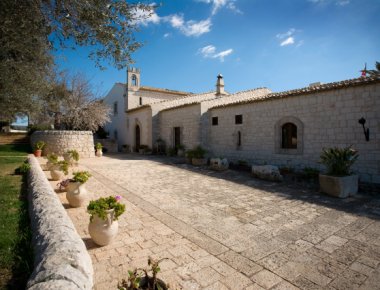 Description Hundreds of years ago, Eremo della Giubiliana was the site of a fortress built… 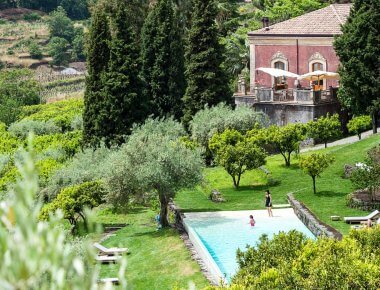 Enchanting and superbly intimately, Monaci delle Terre Nere sits on the slopes of Mount Etna. While… 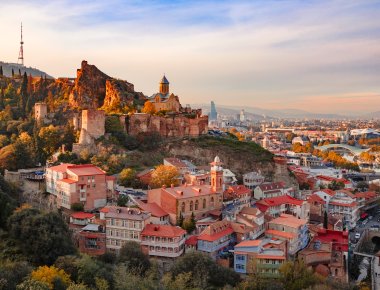 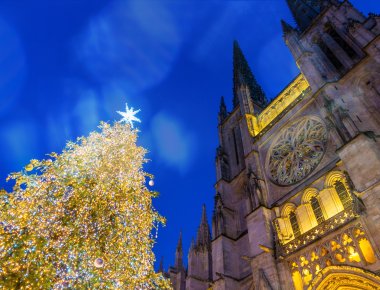