Gastronomes and oenophiles could argue forever about where the greatest food and drink is to be found. One thing is sure though, in any such argument, Spain simply has to feature prominently in the conversation. 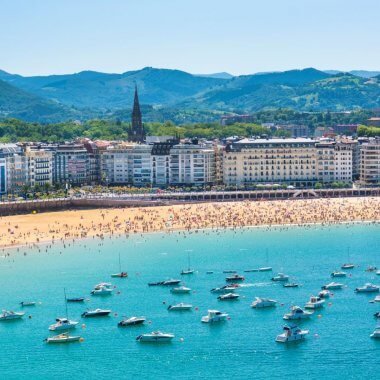 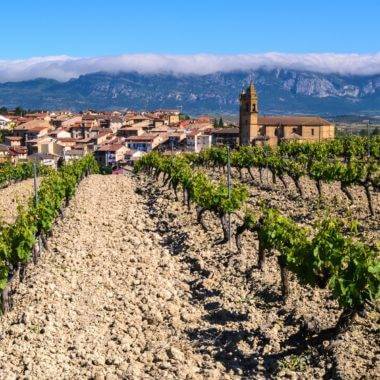 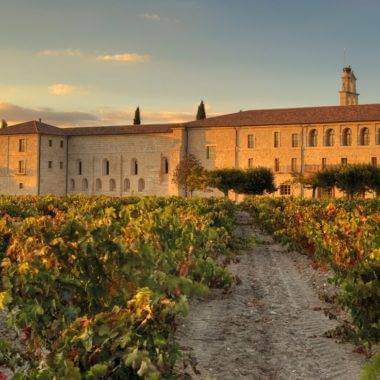 Put simply, Spain is a land of great food, better wines and the best people. It is at once romantic and exciting; rustic and sleepy in some places, thriving and bustling in others, and it is imbued with a history as fascinating as its culture is unique. One day you might be lost in the sprawling vineyards of Rioja, while on another you could be savouring mouth-watering Pintxos in San Sebastian, and on yet another partying the night away in the heart of Barcelona itself. 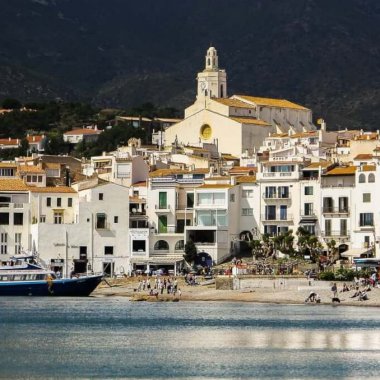 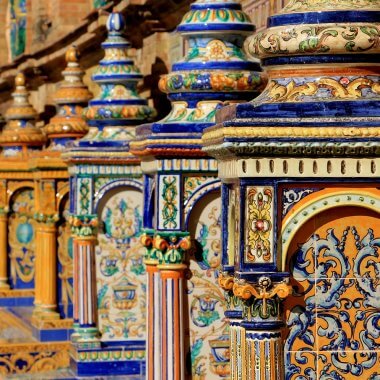 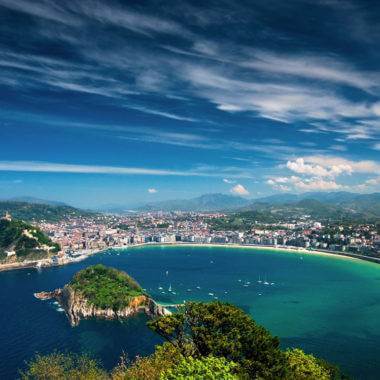 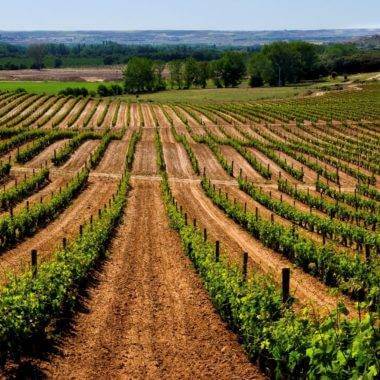 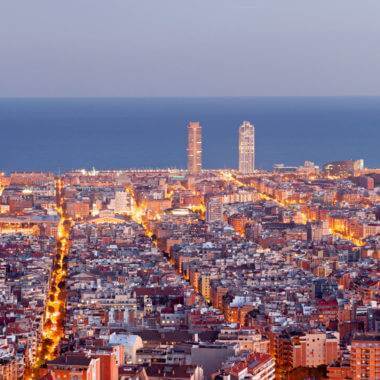 Our Spanish wine tours span across the breadth of the country, across every one of the peninsula’s finest wine regions. Each of these destinations – from Jerez to Ribera del Duero to Barcelona and beyond – may be vastly different in so many ways, but they all share one thing in common: they make some of the finest wines on the planet.

Seville is the capital of the southern province of Andalusia and is the fourth largest city in Spain, with a population of around 700,000. Its Mediterranean climate and 3,000 hours of sunshine a year make it a delight to visit in all but the hottest summer months and the simple cuisine of the region uses delicate spicing and slow cooking to create nuanced yet incredibly tasty dishes, such as carrillada de cerdo (pig’s cheeks) in sherry.

It is, of course, sherry that brings us to this region, and less than 100km south of Seville you will find Jerez, or Jerez de la Frontera to use its full name. Jerez is charming in its own right and one could easily spend a marvellous long weekend there eating tapas and wandering the orange- and palm tree-lined streets.

We’re here for the drink that puts the town on the map though and drinking in the many bodegas in and around the centre of Jerez is a fine way to spend the day. As evening comes you can continue your sherry adventure in the traditional taverns, or tabancos, such as Tabanco Plateros, or Tabanco San Pablo.

San Sebastian, or Donostia in Basque, is on the bucket list of any serious foodie, with the small Basque city boasting a huge number of Michelin-starred restaurants, including several two and three star establishments that regularly feature among the world’s 50 best.

As well as these fine dining meccas, the seaside city’s old town is perfect for a cheaper but equally delicious pintxos crawl, whilst the famous urban beach of La Concha is within easy reach to snooze off lunch.

Whilst San Sebastian is known for its food, its convenient location between Bordeaux to the north and Rioja to the south make it a perfect base for a wine holiday. Why have a Spanish wine break when you can sample the best of Spain and France in one trip?

The Rioja region consists of three sub-regions, Rioja Baja, Rioja Alta and Rioja Alavesa, and in total there are around 600 wineries currently active.

Far more famous for its Tempranillo-based reds, silky and often aged in oak to lend hints of vanilla, the region also produces white wine, or Rioja Blanco. Traditionally these wines were very heavily oaked but a more modern take offers something crisper with wider appeal and these wines sometimes use a little Sauvignon Blanc alongside the more common Viura (or Macabeo).

Whether you prefer red or white, the wines of Rioja are brilliant with food and indeed there is no shortage of excellent tapas in towns such as Logrono or Haro. The whites go superbly with cold meat, salads, fish, tomatoes and tortillas, whilst reds are usually paired with lamb or meat stews, although the adventurous should try a lighter red with monkfish or cod, especially when wrapped in jamon.

Wine has been made in this area, around two hours from Rioja, for approximately 2,000 years, however, it is only very recently that the wines of Ribera Del Duero became readily available around the world.

It only gained DO (denominación de origen) status in 1982 but it was at least another 10 years before many outside the area really took any notice. We now know what we were missing and Ribera Del Duero is very much having a moment right now.

It is similar to Rioja in many ways and is also predominantly made with Tempranillo, although grapes such as Malbec, Merlot and Cabernet Sauvignon are often added. The major difference between Ribera Del Duero and the more famous wines from Rioja are that this region is a little higher and the altitude lends extra freshness and acidity.

Barcelona is one of the world’s great cities and attracts huge numbers of tourists. Whilst many of those visit for football, culture, food and nightlife, increasingly Barcelona is being used as a base for those on a wine holiday.

Cava is produced in Catalonia using the traditional method and its acidity makes it an excellent food wine. Penedès is a centre for Cava production, home to the big names such as Freixenet and Codorníu but also produces a range of other wines, growing both red and white grapes.

However, if red wine is more your thing, perhaps a trip to the small appellation of Priorat would be wiser. The region sits alongside Rioja as the only DOCa-level (effectively Spain’s highest qualification for a region) areas. Using grapes such as Garnacha, Cariñena and Cabernet Sauvignon, among others, local vintners create inky wines of great power and minerality.

Contact SmoothRed today to discover your perfect Iberian gastronomic experience. Alternatively read on for a little more information on the destinations we think are just perfect for a Spanish wine holiday.