Step back in time in rural Romania, where the horse and cart still leads the way and bears roam the hills. Rugged stone churches and dazzling monasteries scatter a pristine landscape of Rocky Mountains and rolling hills. Enter a land of remote villages, ancient customs and beautiful scenery. Unravel the myths of Dracula’s legendary Transylvania and cruise along the backwaters of the Danube Delta. Discover the charmed and beautifully preserved hilltop town of Sighisoara and the walled town of Sibiu crammed with colourful houses.

Romania is blessed with all the necessary characteristics to produce excellent wine. A little known fact, is that Romania is actually on the same latitude as Bordeaux and is the Europe’s 5th largest producer of wine (13th in the whole world). Since Romania joined the EU in 2007, small, craft wineries have emerged, replacing old poor quality vines with healthier, higher grade varieties and Romania’s premium wines are starting to become highly sought after. Let SmoothRed show you around this underrated wine destination. The hospitality is incredible, the countryside is dotted with manicured vineyards, hilltop hamlets and every meal is a feast of delicious local produce.

You’ll arrive into Bucharest, where an English speaking guide will show you the sights including the Bucharest Historical Centre and very characterful Old Town, otherwise known as Lipscani. If time allows, it’s well worth visiting Ceaușescu’s Palace of the Parliament, built in 1978 containing 1,100 rooms and 4,500 chandeliers.

Fairytale castles abound in Romania, complete with turrets, fortified walls and imposing positions on hilltops. We’ll show you Peles Castle in the Prahova Valley region and Dracula’s Castle (Bran Castle) in Brasov. There’s a medieval ‘feel’ about many places in Romania and possibly the pick of the bunch is the old citadel of Sighisoara, a UNESCO designated world heritage site.

Legend has it that Dionysos, the God of Wine was born on Romanian soil and with 8 regions, 33 D.O.C’s and 200,000 hectares of vineyards scattered across the country, that’s a very believable myth indeed. Dionysos was also God of vegatation and fruitfulness and perhaps his influences is still benefitting the Romanian wine industry with 3.3 hectolitres produced from at least 40% indigenous grape varieties every year.

Wine buffs over a certain age will note that despite Romania’s ability to produce lots of wine, it’s quality has been lacking. This has been largely due to the Communist era rhetoric of producing plentiful amounts of wine for all, regardless of quality and therefore row upon row of poor quality vines were planted. Since the fall of communism in the early 90’s, higher quality vines have been planted and the premium wines are beginning to be recognised on an international stage.

As Romania largely shares the same latitude as the Bordeaux region in France, similar grapes are also prospering. For whites, think Chardonnay, Pinot Grigio and Sauvignon Blanc and for reds, wineries tend the Merlot, Cabernet Sauvignon and Syrah varieties.

However, oenophiles will perhaps be more interested in the more indigenous types, catalogued by some wacky spellings with breve’s and circumflexes galore! A popular dry white wine throughout Romania is Fetească Regală and Fetească Albă, both producing sweet whites with slightly tropical, fruity hints.

Likewise the Fetească neagră is the darker version, famed for a dry, full bodied spicy ‘plum’ infused taste that improves with age in right cellar conditions. There is also Tămâioasă Românească (check out that spelling!) which roughly translates as the Frankincense Grape and takes the form of a Romanian Muscat, semi-sweet but rather aromatic. As with most Muscat’s, its firmly a dessert wine, especially given it’s sugary, honey-esque bouquet. 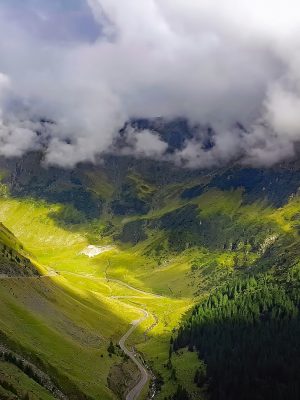 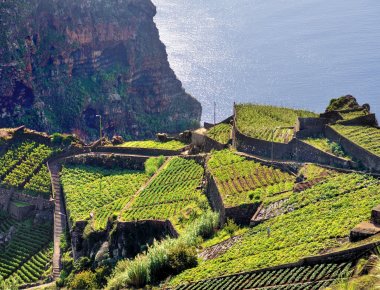 The island of Madeira is located just off the coast of Morocco in the Atlantic Ocean and its... 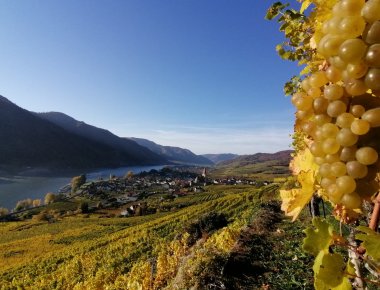 The Wachau Harvest in Austria

Amongst the most underrated and petite wine regions, Austria has quite a big variety in climate, soil and... 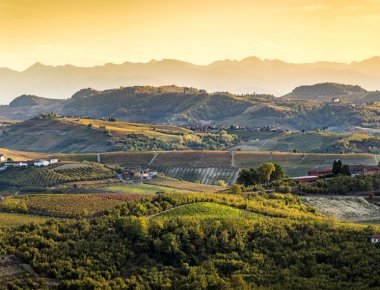 Autumn is a magical time to explore Europe. The summer crowds have mostly dispersed, hotel prices drop, and...